And the Canal It Crosses 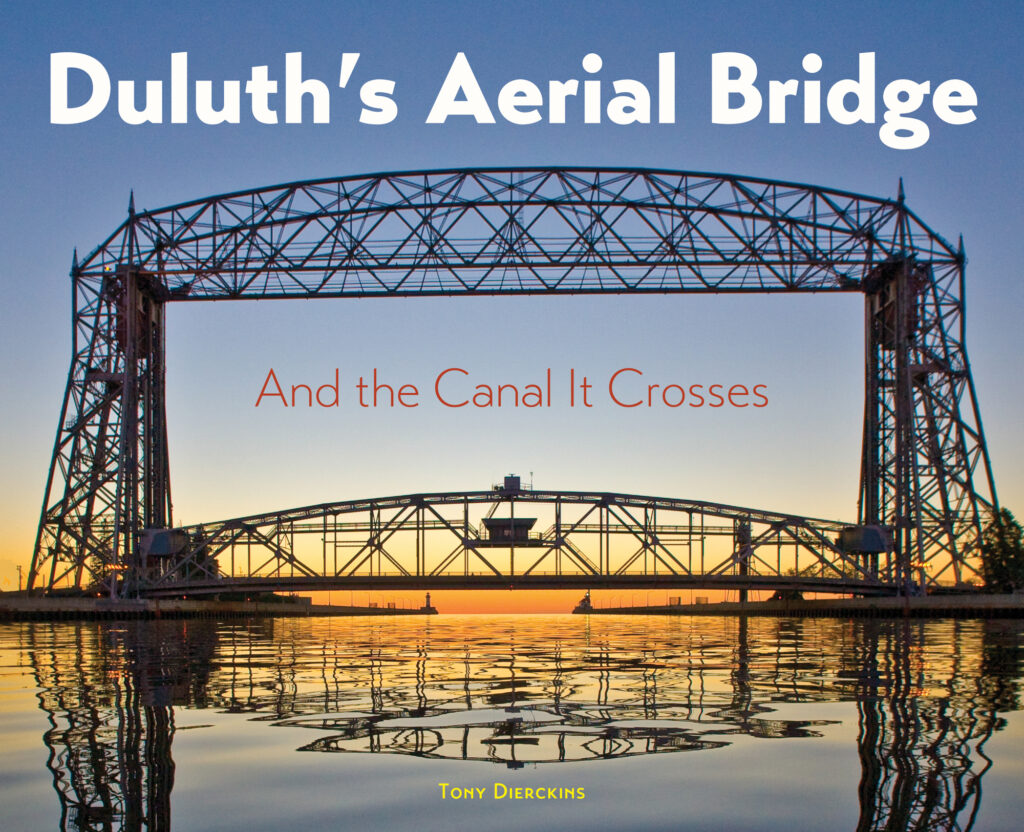 The Story of Duluth’s Iconic Bridge

Award-winning Minnesota author and historian Tony Dierckins chronicles the life of Duluth’s famed aerial bridge, from the span’s 1905 construction as an aerial transfer bridge to its 1930 conversion into a vertical lift bridge, including how it works and how it became an icon of the Zenith City of the Unsalted Seas.

You’ll also discover the remarkable history of the canal it crosses, including the myth of its creation, the lighthouses that grace its piers, and Duluth’s 35-year struggle to build a bridge to span it.

“...Required reading for anyone who loves [Duluth]. Not only is it an informative read, but a fascinating one as well.”

“Possibly every Aerial Bridge fact and photograph in existence has been crammed into this busy book. Dierckins’ book is rich with photographs, architectural sketches, maps and oddball factoids.”